Message from the President

Sugarlady is a unique company that aims at food safety and the creation of a rich food culture via innovative efforts that lead the Japanese food industry. In the future, Sugarlady will continue ongoing efforts to provide unique products that only Sugarlady can offer toward the realization of a richer and healthier diet.

Since the foundation of the company in 1970, the Sugarlady Group has been committed to the development and provision of safe, secure, and delicious foods. In 1996, the Group announced the Declaration of Safety, wherein the company will never use the designated chemical or artificial additives when manufacturing its products (about 450 additives designated in Japan). Moreover, the Group promotes the development and launching of unique products, such as the Sugar Meat Series and fruit grown under our own safety standards, production systems and sales plan. In the future, we will go beyond the boundaries of a food delivery company to become the only company that contributes to the development of a healthy diet.
President, Sugarlady, Inc.
Ken Sato 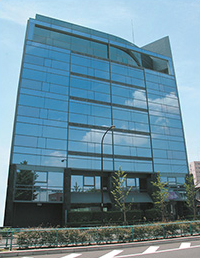 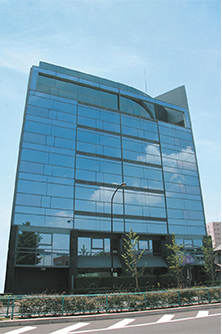 Needless to say, eating is one of the most basic human activities. Food grows and maintains life and generates energy.
Since its inception, we at the Sugarlady Group have placed a particular focus on food safety with the pride and responsibility as a food company in mind.
What "S" means
"S" represents sincerity.
Since the foundation of the company, we have been committed to delivering our products with the utmost sincerity.
The "S" also represents the mission of Sugarlady, which is to expand our network of Shiawase (happiness) by providing reliable, safe, and secure products and accurate information to promote healthy living.
Beyond safety and deliciousness
This represents our strong determination that we will contribute to the health of all people through our products, without being satisfied with the current levels of safety and deliciousness we have attained based on our uncompromising commitment to food.

No specified additives which is about 455 items that meets Japanese standards.

Sugarlady does not use any chemical or artificial additives, when manufacturing its products under our philosophy “ Never use Suspicious”. Never use natural additives even if which meets Japanese standards, Unless their safety has been fully proven by the company.

We do not use genetically modified food as main ingredients.

We do not use any materials suspected to contain hormone-disrupting chemicals for packaging.

Currently, there are 65 types of substances listed by Japan alone that are suspected to be hormone-disrupting substances. Sugarlady will not use these substances for food packages.

We implement various inspections on our products.

Sugarlady conducts various inspections, including radioactivity inspection, by production lot in its product inspection laboratory to ensure safety.
For details, please refer to the following:
Commitment to Safety and Security

We have established the Sugarlady UNICEF Fund, the first fund crowned with our company's name, with clearly defined uses and purposes. Through the fund, we continue providing support to children around the world.

In an effort to contribute to society through something other than its core business, the Sugarlady Group has nurtured a corporate culture that values consideration for others since its inception. In 1986, the Group made a contribution to a well drilling project in Sudan via UNICEF. Taking this opportunity, the Group established the Sugarlady UNICEF Fund in 1991, which became the first fund that was crowned with the company's name and that has clearly defined uses and purposes.

Under guidance from UNICEF, the fund is used for various UNICEF projects, such as supporting children in Africa who are suffering from hunger and disease due to conflicts and food shortage. Through the Fund, the Group donates 100,000 dollars from its annual sales together with contributions collected from around the country each year. The Group has implemented this donation each year since the establishment of the Fund.
The projects to which the Fund has provided support include the following: A nutrition project for children in Malawi, Africa; a project to build water supply and sanitation facilities in the Kingdom of Bhutan; an educational support project for Madagascar, School for Africa; and support for disaster-stricken areas in Japan.
In the future, the Sugarlady Group will continue supporting children around the world through UNICEF projects.